Christmas has a way of making you feel out of breath even before you have your tree up and jack o lantern down.  It is actually appropriate.  Both Matthew and Luke have genealogies that let you know you’re in the middle of a story that already has a history.  It might only appear to be a list of names, but it is actually series of domestic stories.  If you are reading it right, by the time you get to Mary and Joseph you have left your questions in Nazareth and are riding with them to Bethlehem. There is something planted in this story that transcends time and culture.   And as we dig deeper we find there is more in this manger than a just a baby.

Luke tells the story of the sheep herders at night guarding their flocks.  They are in the hillside maybe 1/2 mile from the humble village of Bethlehem.  Their lives are interrupted by a radiant light.  They are told by heavenly messengers that something has happened that is Good news of Great joy for All Humanity—go and see it.  The shepherds are bewildered by both the experience and the message.  How is what has happened good news for these shepherds?  Many of them were would most likely be dead before this baby reaches maturity and begins his ministry at 30 years old.  How does this event even affect them?  What makes it so good?  If that experience on the hillside didn’t blow their minds the next piece of information will.

A sign for what?  A sign that this good news is as the messengers had proclaimed ‘for all humanity’.  Because if it isn’t good for all of us, it isn’t good for any of us.   The Sign was that they would find ‘this thing that had happened wrapped in swaddling clothes and lying in a manger’.

This news is lost on us but the Shepherds knew exactly what this meant.  This saviour of the world wouldn’t be found in a palace, synagog or temple, not even in an inn, but in the back of a peasants’ home just like their own, where animals are kept at night.  This is good news because they, (the lowest social class) are included. And what they find in this manger is more than just a baby, but ‘God with us’.

Because the great part about the good part is that it isn’t just what happened that mattered, but how it happened.

The good news the Angels proclaimed on that illuminated hill in the countryside wasn’t that Easter was coming—but that ‘God is with us’.

In fact, He is already here—go and see.

So the shepherds go and visit the baby and Mary and Joseph in a humble peasant home in Bethlehem.  Everything just as they had been told.  I imagine them walking back to their hillside thinking, I never would have thought to look for the King of the Universe in such a surprising place.  What made it so surprising is it could have been any one of their own homes.

And isn’t that it?

Isn’t that the good news of great joy for all of us?

So, go home and find the God of the Universe were you least expect him,

because the good news is….He is already here—you just have to go and see.

1 thought on “The Great Part about the Good Part.” 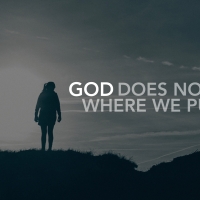 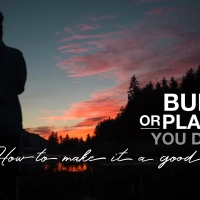 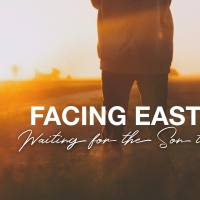 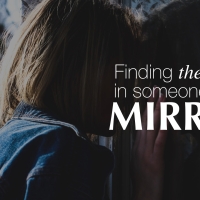 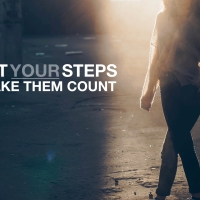