Do you know how many parking spaces there are from the farthest end of the parking lot to the front door of your workplace? Why would you? Or how many cars actually make it through a green light before it turns yellow?  Or how many freckles are on your daughters nose in the summer?  What if these seemingly menial irrelevant pieces of information held a hidden truth that could unlock a whole new way of living.

There are 35 parking spaces from the far end of the grocery store parking lot to the front entrance. I didn’t always know this, neither did I care—but now these useless details are saving my life.

Like most, I had believed that my ability to multi task was part of my success and I was partially right.  But like most strengths, they can also become my weakness.  There were many times I would find myself standing in the middle of an isle at the grocery store picking up some items, and yet wouldn’t remember the drive there.  The 5 minute commute was taken up by all the things I had yet to do that were of more importance than this pedestrian task.  This kind of thinking is celebrated by my ego.  I tell myself that people who are able to think like this get so much done in a day and seem to never miss a beat.  But perhaps this is the problem.

I sat across from a man who had some serious mobility issues because of a car accident years earlier.  He leaned his crutches against the wall and slowly maneuvered his way to the chair.  I could imagine his constant frustration as people would assume his injury was only temporary because he used crutches.  I imagined all the times he would say that his injury was in fact permanent. A constant stinging reminder of a terrible night that changed everything.

Our meeting was on the second floor.  He was late only because it took him so long to climb two flights of stairs.  His anger and disappointment with life seemed so fresh that you would assume the accident had only happened in the last 6 months.  But my friend was stuck in a moment.

Every day he would climb these two flights to attend group therapy sessions helping him come to grips with his addiction to pain meds.  When the session was over he would then descend to the common area for meals and recreation.

‘Those steps rob me’ he said.

I felt his pain because most of the guys at the addiction centre are taking advantage of the gym and are in pretty good shape.

‘How many of them are there?’ I asked.

I could tell by his expression that he didn’t have a clue what I was speaking of,

‘How many steps are there?’ I repeated.

‘I have no idea, I have never counted’

The irritation wasn’t just in his voice it was also on his face.

‘Why would you know this?’ He asked.

‘I know this because I use the same 25 steps each week to.

But I just don’t use them to get to and from the second floor.

Once you count the steps you are able to make them count.’

There is always something between were you are and were you need to be.  We often perceive the menial tasks or nuisances as merely obstacles hindering us from getting more done.  But what if we looked at them differently.

I don’t believe that difficult things happen to us to teach us lessons, but that doesn’t mean that their isn’t something to learn.

What if these interruptions are actually a gift.  An opportunity to centre us, to bring us back to earth, step by step.  The truth is many of these types of obstacles are unavoidable, so change your perception of them.  Instead of having everything in life seemingly working against you, consider that this is your life’s work.  Is it possible that how you get somewhere is just as important as what you do once you arrive.

I am starting to think so, and I am counting the steps as I go.

1 thought on “Count your steps, then make them count.” 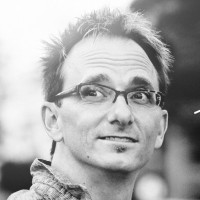